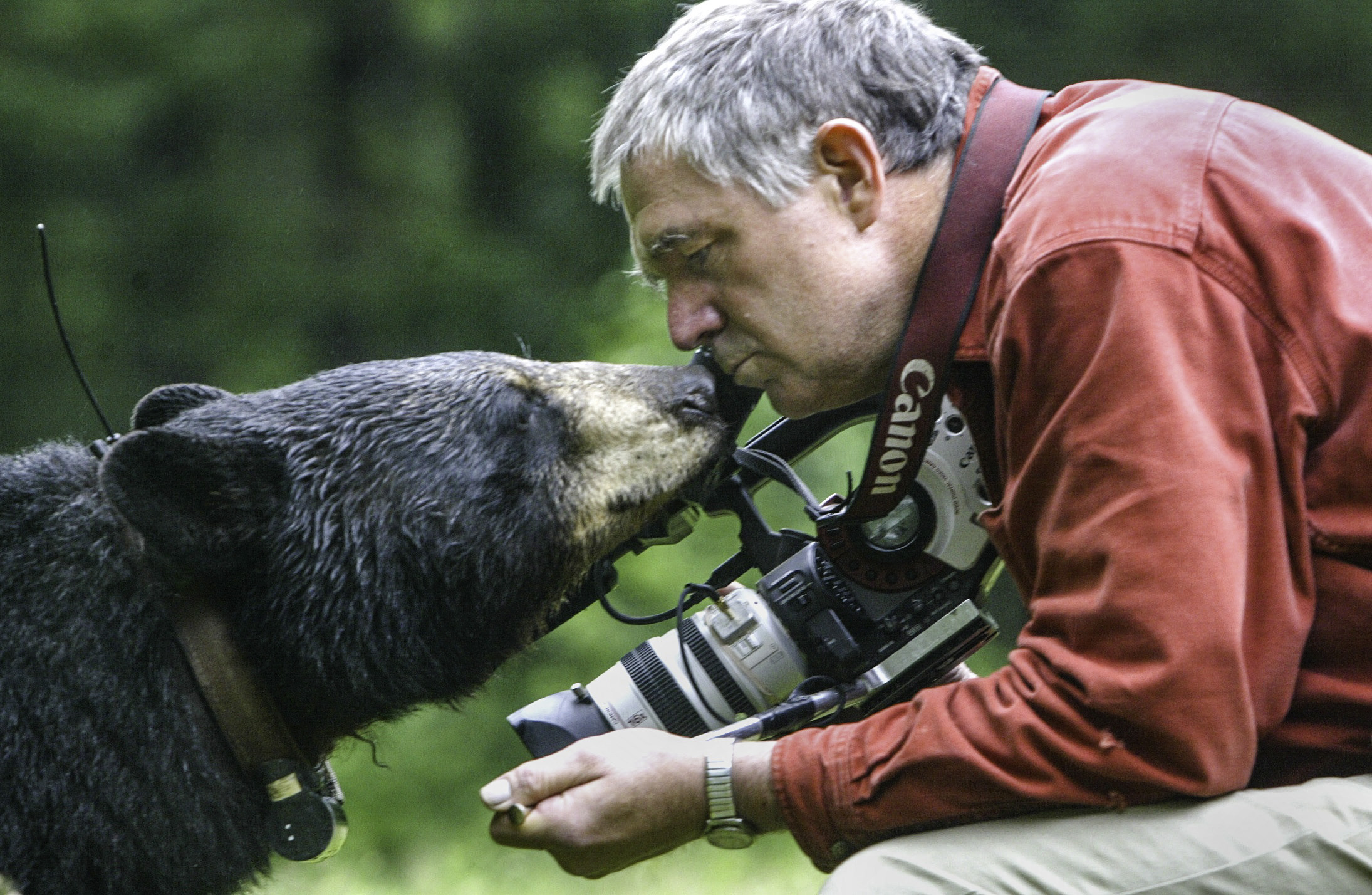 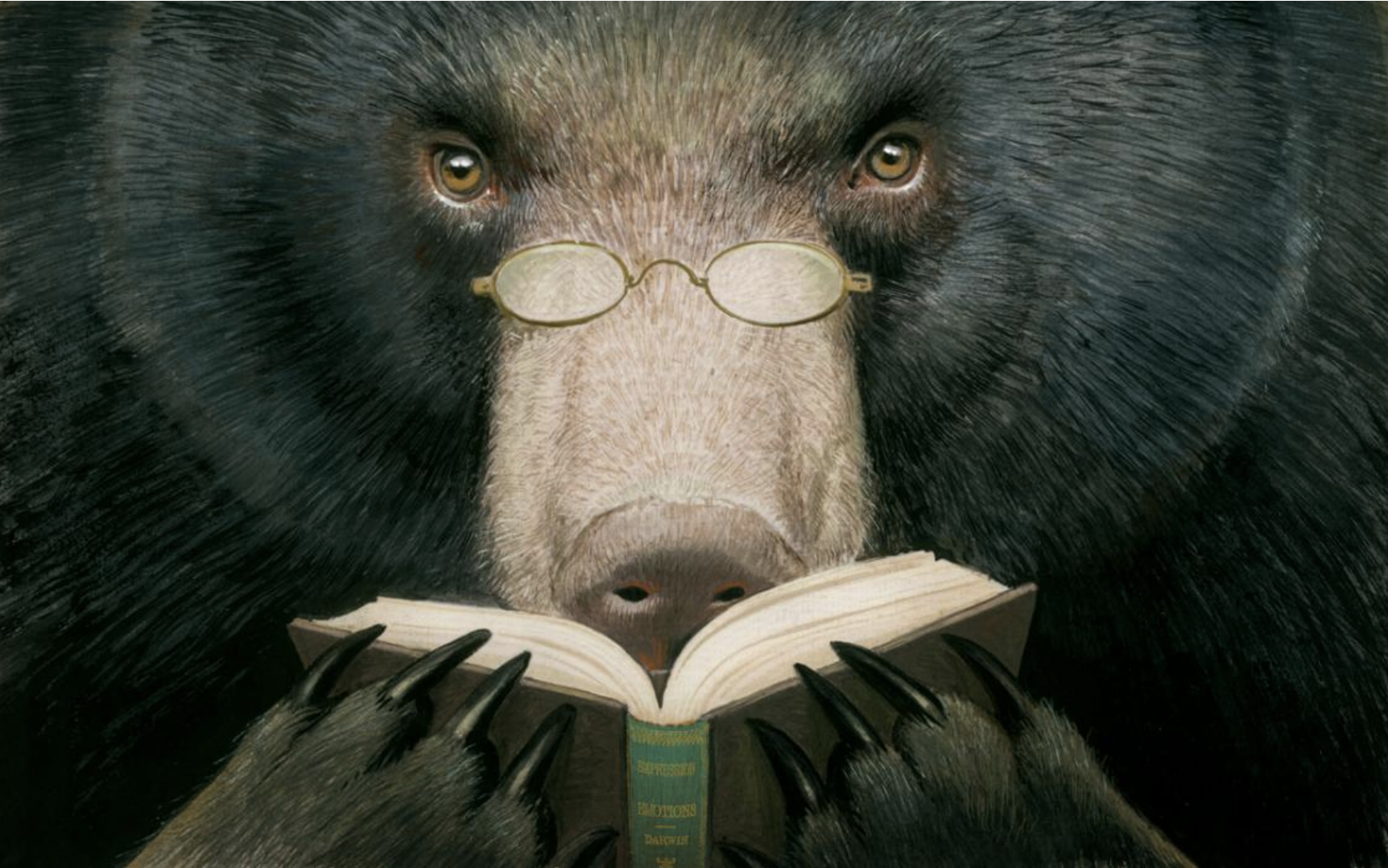 Does a Bear Think in the Woods? 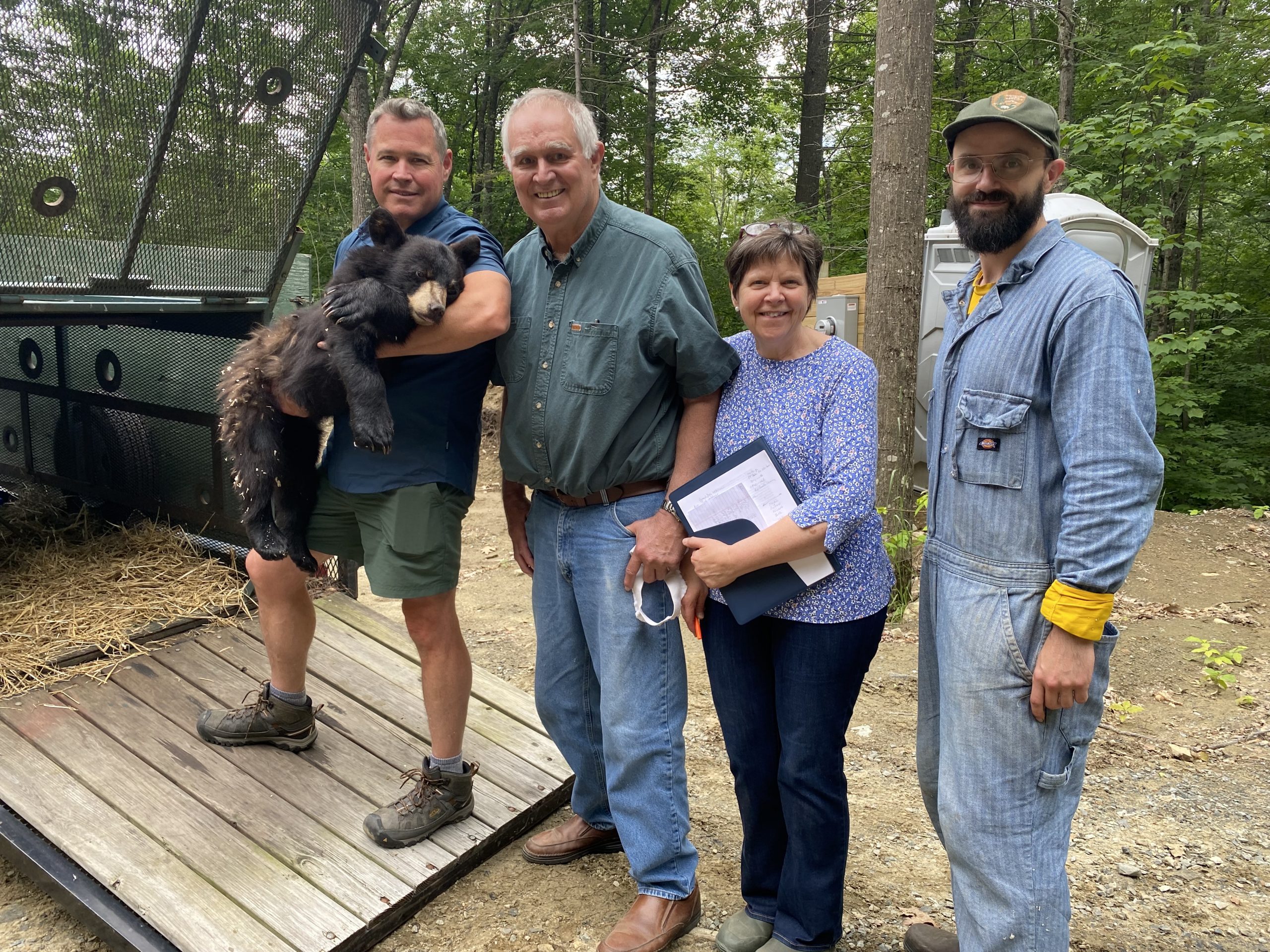 Wildlife Nation with Jeff Corwin airs every weekend starting October 2, 2021 on ABC stations nationwide. Check your local ABC station for listings, and be sure to watch the episode featuring the Kilham Bear Center!

A Champion for Black Bears

Black bear cubs weigh less than a pound when they are born in the dead of winter. Their eyes are shut, bodies hairless, and ears folded. They continue to develop, nestled in their mother’s fur, unable to walk or climb, until they emerge from their winter den in early to mid-April.

Once out and active, the mother’s first priority is to build a nest at the base of a good climbing tree, where she coaches her cubs at their first attempts to climb. The ability to climb is an instinct, but the cubs have to learn how to deal with rough bark, smooth bark, and slender tree limbs. She will spend three to four weeks at this site, until the cubs learn to follow and climb.

By mid-May, with the emergence of deciduous leaf cover that provides increased security, the sow and five-month-old cubs will move to better feeding grounds. The sow selects a large pine or hemlock tree near water. I call these “baby-sitting trees.” She radiates out from the base of the tree to forage for green vegetation and acorns or beechnuts left over from the previous fall.

As the cubs’ ability to travel improves, female bears with their cubs-of-the-year are on the move. Last spring, I got a call from Nancy Comeau, a Bear Technician with USDA Wildlife Services, about a sow that was struck and killed by a car in North Woodstock. The sow had managed to climb a steep bank and lead her three young cubs to the safety of a large white pine, where she died of her injuries. She was not found for a couple of days, and by the time Comeau arrived, only one cub was still in the tree. That cub was trapped and brought to our black bear rehabilitation facility in Lyme, N.H. Over the next week, Comeau and fellow bear technician Jake DeBow were able to track down and trap the other two cubs. As each of the cubs arrived, there was instant recognition and reunion with its siblings. 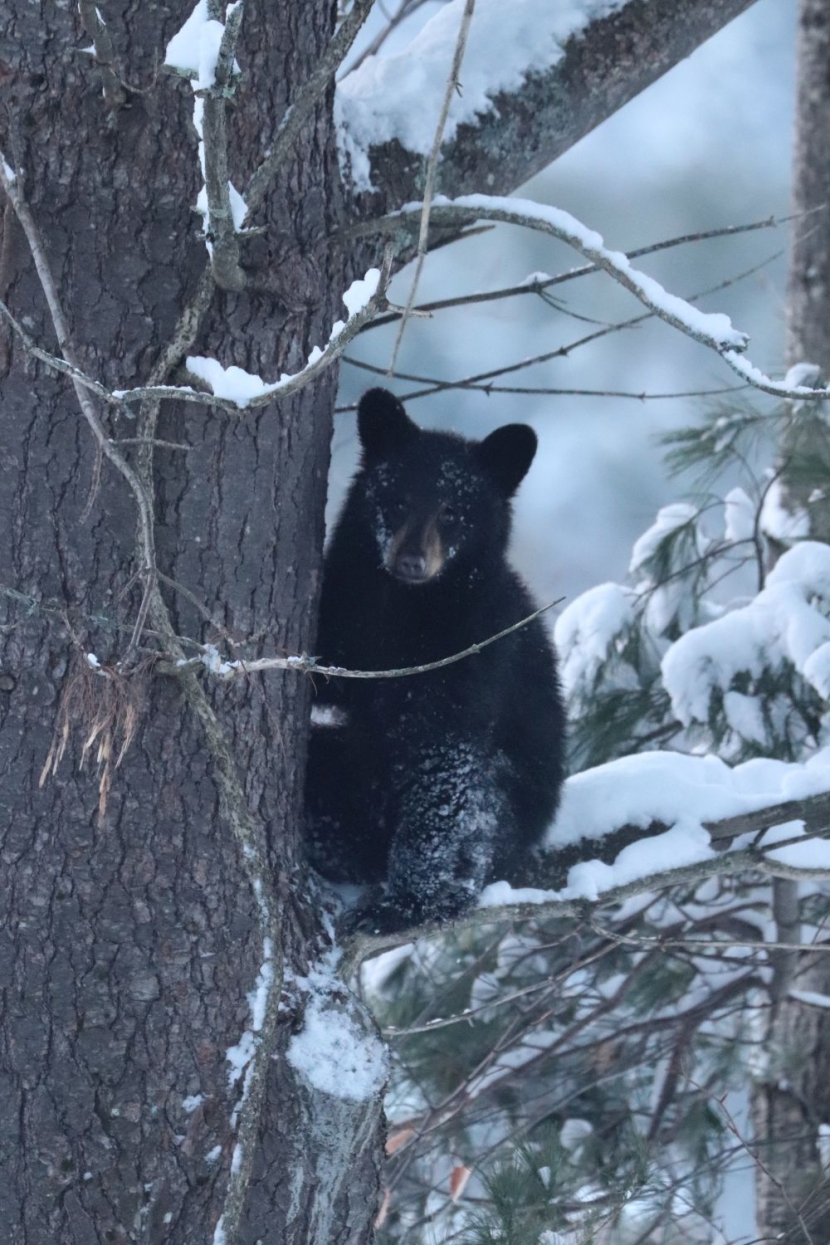 By DAVE ANDERSON | Society for the Protection of New Hampshire Forests | December 3, 2018

Andy Deegan was filling birdfeeders and letting the dog out in the early morning gloom when he encountered what he thought might be “the biggest squirrel I’ve ever heard” scrambling up a large white pine just outside his New London home. It turned out to be a bear cub – an orphan. The missing mother was likely the same bear reported struck and killed by a car nearby on I-89 a week earlier. Authorities could not locate a cub that ran off after the accident.

The Deegan family – Andy and Carrie along with their two children, her mom, Sally Dean, her brother, Micah Dean and sister-in-law Becky and their three kids – were gathering for Thanksgiving Wednesday when they found themselves immersed in a 4-day project: capture and transport an orphan bear now visible from inside their living room. Simple, eh?

They contacted the NH Fish and Game dispatchers who recommended monitoring the cub over the weekend to see if a mom would retrieve it. Carrie tracked the cub in the snow to verify it had arrived alone without a mother. Andy contacted world-renowned bear expert Ben Kilham who operates a regional bear rescue and rehabilitation facility: The Kilham Bear Center in Lyme, NH. Kilham recommended they keep the cub nearby by feeding it and both Ben and Andy reached out to NHFG bear team leader, Andrew Timmins.

During the Thanksgiving holiday and in the midst of deer season, NHFG staff had been stretched thin, particularly as new reports of orphan bear cubs spiked. Timmins said: “There’s only a handful of us picking up bears statewide. We can’t be everywhere at once. Our effort includes staff from the USDA Wildlife Services, volunteers and select landowners. It’s not a department-wide initiative so we’ve had to get creative this year.” 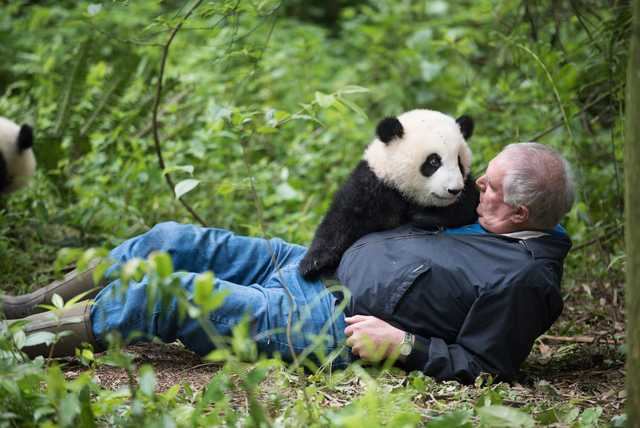 Ben Kilham is about to become a big movie star.

“Pandas,” an IMAX 3D film coming this spring, features an extraordinary partnership between Kilham, a Lyme naturalist, and Chinese researchers, who are relying on his expertise to reintroduce rare giant pandas to the wild.

Kilham is renowned for his work with New Hampshire black bears. He’s the author of several books, and his groundbreaking efforts to raise orphaned bear cubs and return them to the woods have been featured in documentaries on the National Geographic and Discovery channels.

In recent years, Kilham also has been working with Global Cause Foundation, a Virginia-based nonprofit that supports the Chinese panda research project. “We’re using the methods that I used with black bears that had no experience in the wild,” Kilham explained in a phone interview.

The new “Pandas” movie, which chronicles these efforts, opens at the Simons IMAX Theatre at the New England Aquarium in Boston in April.